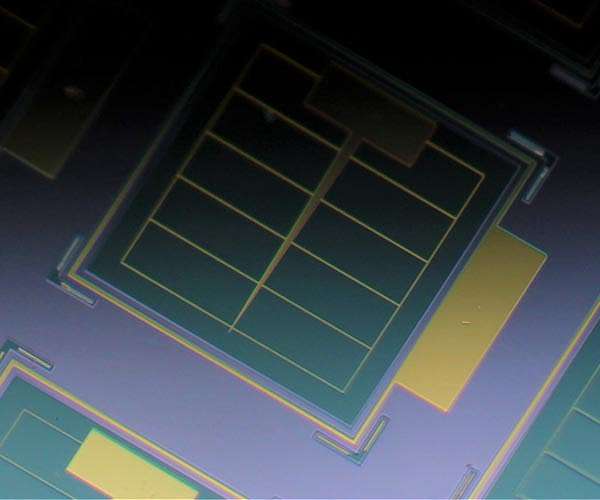 Most space satellites are powered by photovoltaic cells that convert sunlight to electricity. Exposure to certain types of radiation present in orbit can damage the devices, degrading their performance and limiting their lifetime.

In Journal of Applied Physics, by AIP Publishing, scientists from the University of Cambridge proposed a radiation-tolerant photovoltaic cell design that features an ultrathin layer of light-absorbing material.

When solar cells absorb light, they transfer its energy to negatively charged electrons in the material. These charge carriers are knocked free and generate a flow of electricity across the photovoltaic. Irradiation in space causes damage and lowers efficiency by displacing atoms in the solar cell material and reducing the lifetime of the charge carriers. Making photovoltaics thinner should increase their longevity because the charge carriers have less far to go during their shortened lifetimes.

As low Earth orbit becomes more cluttered with satellites, it becomes increasingly necessary to use middle Earth orbits, such as the Molniya orbit that passes through the center of Earth’s proton radiation belt. Radiation-tolerant cell designs will be needed for these higher orbits.

Another application for radiation-tolerant cells is the study of other planets and moons. For example, Europa, a moon of Jupiter, has one of the most severe radiation environments in the solar system. Landing a solar-powered spacecraft on Europa will require radiation-tolerant devices.

The investigators built two types of photovoltaic devices using the semiconductor gallium arsenide. One was an on-chip design built by layering several substances in a stack. The other design involved a silver back mirror to enhance light absorption.

To mimic the effects of radiation in space, the devices were bombarded with protons generated at the Dalton Cumbrian Nuclear Facility in the U.K. The performance of the photovoltaic devices before and after irradiation was studied using a technique known as cathodoluminescence that can give a measure of the amount of radiation damage. A second set of tests using a Compact Solar Simulator were carried out to determine how well the devices converted sunlight to power after being bombarded with protons.

The authors said that the improved performance of these ultra-thin cells is because the charge carriers live long enough to travel between terminals in the device.

Compared to thicker cells, nearly 3.5 times less cover glass is needed for the ultra-thin cells to deliver the same amount of power after 20 years of operation. This will translate to a lighter load and significant reduction in launch costs. 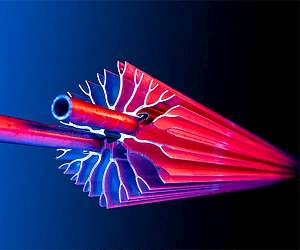 
Solar power at night? Wind energy without wind? The German Aerospace Center (Deutsches Zentrum fur Luft- und Raumfahrt; DLR) as a scientific project participant together with industry and research groups, has built and successfully tested a storage system for renewable energies. Known as the Carnot battery, the system can store electricity in the form of heat that can be reused to generate electricity when needed. Nitrate salts serve as the heat storage medium.

On an industrial scale, the technolo … read more

An In-Depth Look at Beavers

An In-Depth Look at Beavers