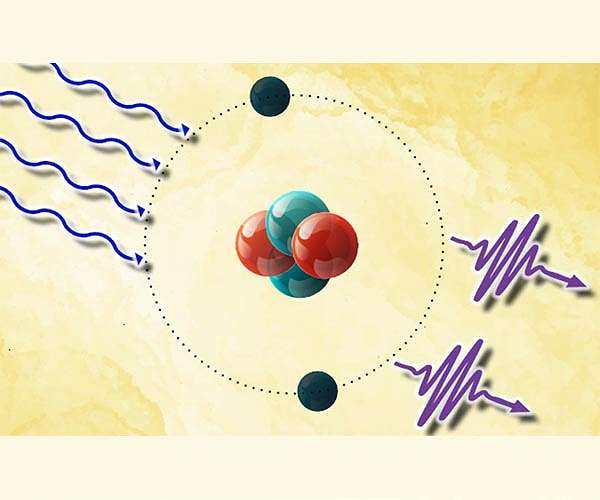 Entanglement is a strange phenomenon in quantum physics where two particles are inherently connected to each other no matter the distance between them. When one is measured, the other measurement is instantly a given. Researchers from Purdue University have proposed a novel, unconventional approach to generate a special light source made up of entangled photons.

The team proposed a method to generate entangled photons at extreme-ultraviolet (XUV) wavelengths where no such source currently exists. Their work provides a road map on how to generate these entangled photons and use them to track the dynamics of electrons in molecules and materials on the incredibly short timescales of attoseconds.

“The entangled photons in our work are guaranteed to arrive at a given location within a very short duration of attoseconds, as long as they travel the same distance,” says Dr. Niranjan Shivaram, assistant professor of Physics and Astronomy. “This correlation in their arrival time makes them very useful to measure ultrafast events. One important application is in attosecond metrology to push the limits of measurement of the shortest time scale phenomena. This source of entangled photons can also be used in quantum imaging and spectroscopy, where entangled photons have been shown to enhance the ability to gain information, but now at XUV and even X-ray wavelengths.”

The authors of the publication, titled “Attosecond entangled photons from two-photon decay of metastable atoms: A source for attosecond experiments and beyond,” are all from the Purdue University Department of Physics and Astronomy and work with the Purdue Quantum Science and Engineering Institute (PQSEI). They are Dr. Yimeng Wang, recent graduate of Purdue University; Siddhant Pandey, PhD candidate in the field of experimental ultrafast spectroscopy; Dr. Chris H. Greene, Albert Overhauser Distinguished Professor of Physics and Astronomy; and Dr. Shivaram.

“The Department of Physics and Astronomy at Purdue has a strong atomic, molecular and optical (AMO) physics program, which brings together experts in various subfields of AMO,” says Shivaram. “Chris Greene’s expert knowledge of theoretical atomic physics combined with Niranjan’s background in the relatively young field of experimental attosecond science led to this collaborative project. While many Universities have AMO programs, Purdue’s AMO program is uniquely diverse in that it has experts in multiple subfields of AMO science.”

Each researcher played a significant role in this ongoing research. Greene initially suggested the idea of using photons emitted by helium atoms as a source of entangled photons and Shivaram suggested applications to attosecond science and proposed experimental schemes. Wang and Greene then developed the theoretical framework to calculate entangled photon emission from helium atoms, while Pandey and Shivaram made estimates of entangled photon emission/absorption rates and worked out the details of the proposed attosecond experimental schemes.

The publication marks the beginning of this research for Shivaram and Greene. In this publication, the authors propose the idea and work out the theoretical aspects of the experiment. Shivaram and Greene plan to continue to collaborate on experimental and further theoretical ideas. Shivaram’s lab, the Ultrafast Quantum Dynamics Group, is currently building an apparatus to experimentally demonstrate some of these ideas. According to Shivaram, the hope is that other researchers in attosecond science will begin working on these ideas. A concerted effort by many research groups could further increase the impact of this work. Eventually, they hope to get the timescale of entangled photons down to the zeptosecond, 10-21 seconds.

“Typically, experiments on attosecond timescales are performed using attosecond laser pulses as ‘strobes’ to ‘image’ the electrons. Current limits on these pulses are around 40 attoseconds. Our proposed idea of using entangled photons could push this down to a few attoseconds or zeptoseconds,” says Shivaram.

“The goal of the field of ultrafast science is to make such ‘movies’ of electrons and then use light to control the behavior of these electrons to engineer chemical reactions, make materials with novel properties, make molecular-scale devices, etc.,” he says.
.
“This is light-matter interaction at its most basic level, and the possibilities for discovery are many. A single zeptosecond is 10-21 seconds. A thousand zeptoseconds is an attosecond. Researchers are only now beginning to explore zeptosecond phenomena, though it is experimentally out of reach due to lack of zeptosecond laser pulses. Our unique approach of using entangled photons instead of photons in laser pulses could allow us to reach the zeptosecond regime. This will require considerable experimental effort and is likely possible on the timescale of five years.”

Research Report:Attosecond entangled photons from two-photon decay of metastable atoms: A source for attosecond experiments and beyond 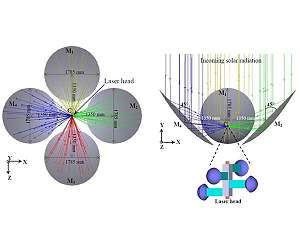 
The design of efficient solar cells, which harness energy to generate electricity or produce hydrogen by splitting water, has received much attention globally. Another route to harnessing abundant, free solar energy: using it as a pumping source for lasers. High-power lasers are earmarked for several applications, including deep space communication, atmospheric sensing, high-temperature material processing, and hydrogen production. But, they are often expensive and suffer from performance setbacks arisi … read more

Hopper Pockets and the Challenge of Eating More Insects

Hopper Pockets and the Challenge of Eating More Insects