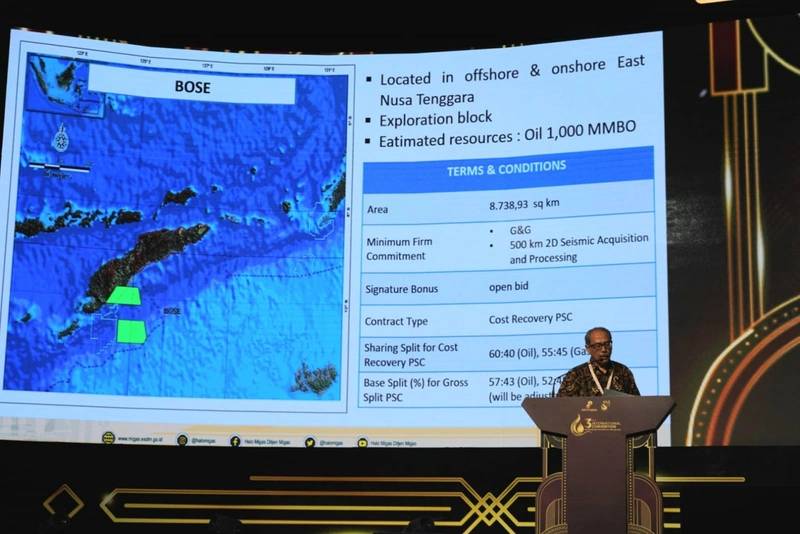 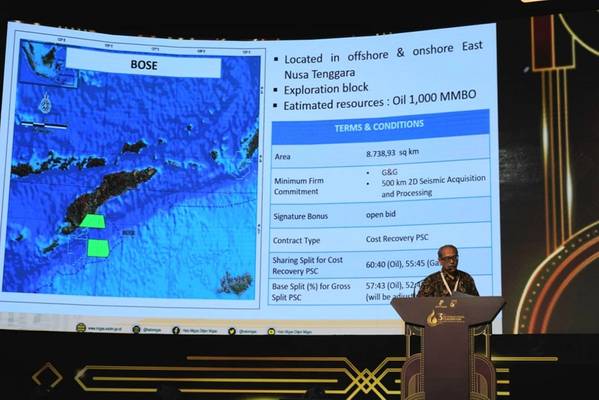 Credit: Ministry Of Energy And Mineral Resources
Republic Of Indonesia

Indonesia’s energy ministry launched a bidding round on four oil and gas blocks on Wednesday, as the country seek more investments in its upstream oil and gas sector, the ministry said in a statement.

The four blocks offered in the second round of bidding this year have a combined estimated resources of 3,730 million barrels of oil (MMBO) and 300 billion cubic feet (BCF) gas, energy ministry data showed.

The government also awarded West Kampar block to a consortium of Aserra Petrolindo Gemilang and SPR Langgak, that agreed to invest $32.5 million in exploration and exploitation activities and $250,000 signature bonus.