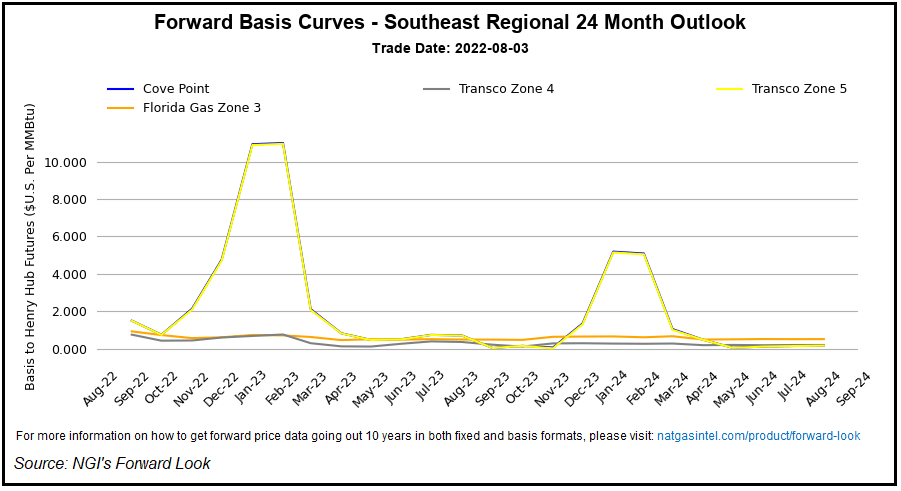 As forecasts pointed to some minor easing in the intensity of summer heat through the middle of August, natural gas forwards prices were mixed, with mostly modest gains during the July 28-Aug. 3 trading period, NGI’s Forward Look data show.

Fixed price trading for September delivery at benchmark Henry Hub climbed 13 cents week/week to $8.135/MMBtu. That established the baseline for small gains in fixed prices at a majority of Lower 48 hubs during the period, though losses were scattered across eastern and southern hubs.

NatGasWeather said strong upper high pressure with peak temperatures in 90s-100s will define conditions through mid-August for most of the country, but weather systems with showers were expected to track across the Upper Midwest and to the East beginning this weekend. This could provide some pockets of respite. Toward the end of next week, cooler exceptions were forecast for the Great Lakes, Ohio Valley and Northeast, with highs in the 70s and 80s.

The outlook remains bullish overall, the firm said, but with enough hints of moderating temperatures in northern regions, forwards prices steadied or even declined in regions where they had been propelled to lofty highs following persistently strong heat in June and July.

Additionally, as EWB Analytics Group noted, production in late July and early this month hovered near a 2022 high around 97 Bcf/d at times, creating the potential for greater supply heading into the fall months.

“Relenting heat” and “a flash of surging production” could weigh on natural gas price sentiment, creating an “August hangover” after a surge in July, said EBW’s Eli Rubin, senior analyst.

The most notable pullback in forwards prices could be found in the Southeast, where Transco Zone 4 September front-month fixed fell 71.0 cents to $9.763, and Florida Gas Zone 3 shed $1.020 for the period to $9.196.

With few exceptions, including hubs in southern markets where prices were already lofty, winter strip fixed prices were ahead across most of the Lower 48. Agua Dulce was up 10.0 cents to $7.981, and Trunkline Zone 1A was ahead 13.0 cents to $7.844.

After spiking 56.0 cents in Wednesday’s session, the September Nymex contract shed 14.4 cents to $8.122 on Thursday.

The print exceeded the highest of analyst estimates and appeared to reflect recent production increases. The latest injection compared with the year-earlier build of 16 Bcf and a five-year average increase of 35 Bcf, according to EIA.

Additionally, during the latest EIA inventory period, a train at the Sabine Pass LNG terminal was out of commission, providing more gas for injection.

Still, Saal said, supply/demand balances are “very tight” and bulls may have plenty of room to roam through the summer if output falters.

Total working gas in storage rose to 2,457 Bcf, though it was 268 Bcf below year-earlier levels and 337 Bcf below the five-year average.

The bearish inventory miss offset news Wednesday of a potential October return to full service for the 2.0 Bcf/d Freeport liquefied natural gas terminal after a consent agreement was reached with the Pipeline and Hazardous Materials Safety Administration. The LNG plant was forced offline in June after an explosion and fire.

Since then, Freeport gas once destined for export has been consumed domestically, helping the market meet robust cooling demand through the summer to date. Should Freeport supplies return to the export market this fall, it would mark a bullish change for futures as the peak winter demand season looms.

Freeport expects to resume partial service by early October and return three liquefaction trains, two storage tanks and one loading dock to operations. That would allow it to produce 2 Bcf/d of LNG, or enough to meet its existing long-term sales contracts.

Rystad Energy analyst Karolina Siemieniuk noted that European demand for American LNG is elevated and expected to remain so through the winter. Countries across the continent are trying to reduce dependence on Russian gas in protest of the Kremlin’s invasion of Ukraine. They are looking for U.S. LNG to help fill the void long term.

Europe is sure to soak up the Freeport supplies, Siemieniuk said, and futures prices, while volatile, are “are likely to stay elevated” this year as a result.

An affordable and sustainable alternative to lithium-ion batteries

An affordable and sustainable alternative to lithium-ion batteries 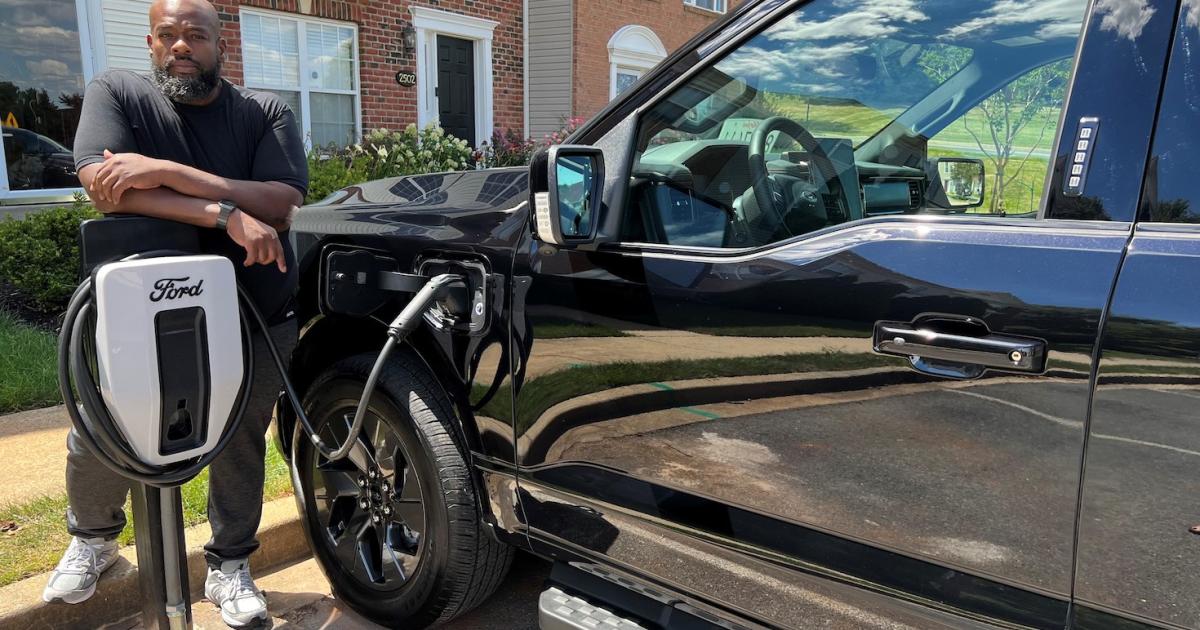 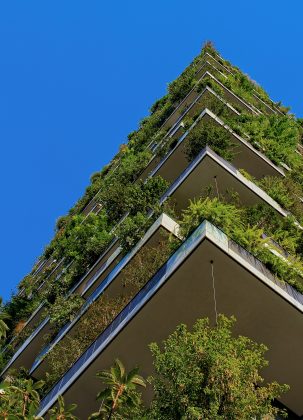