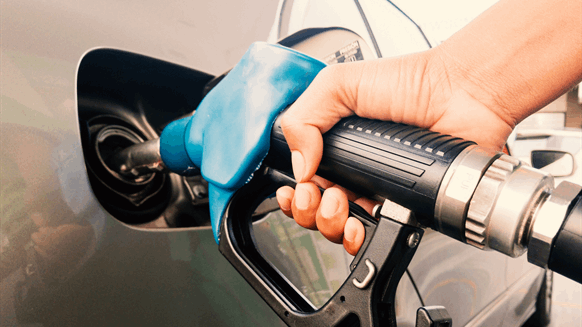 Impacts will be localized following the recent Colonial Pipeline cyberattack, which led to the company temporarily halting all pipeline operations.

That’s according to Rystad Energy oil markets analyst Louise Dickson, who outlined that northeastern and southeastern states may see increased prices at the pump, but other regions with more robust products inventories, such as the U.S. Gulf Coast, may not see the same price surge.

Dickson highlighted that the expectations is that gasoline and diesel will both be in short supply as long as the pipeline is sidelined. The pipeline usually transports more than 2.5 million barrels per day of refined products from the U.S. Gulf Coast to the northeast, Dickson pointed out.

“It’s not often that hackers manage to hit such crucial oil infrastructure such as Colonial’s pipelines in the U.S., but such an event and the associated fear of prolonged outages has taken over the psyche of traders,” Dickson said in a statement sent to Rigzone on Monday.

“The malware hit the heart of the U.S. downstream network and prices of refined products are increasing amid the disruption, causing a bullish rollover effect on crude benchmarks,” Dickson added.

Before the pipeline hack, the worsening Covid-19 situation in Asia was set to have a bearish effect on prices and dominate the week, according to Dickson, who said it is now limiting the bullish effect of the hack instead. If the pipelines come back online quickly this week, the market may be in for a price correction that will make the impact of the pandemic’s spread in Asia more visible, Dickson warned.

“Nevertheless, the U.S. pipeline outage is set to offer a helping hand in relieving the country’s inventories further, a bullish gift that will stay with traders for some time,” Dickson stated.

“The full effect of the pipeline outage on inventories will be visible in next week’s official data release, and any hints on how much the decline will be will determine the oil price direction in the coming days,” Dickson added.

“CNI, such as oil and gas, is a prime target for these ransomware gangs. Systems are underpinned by a myriad of complex information and operational technology devices and so the consequences if these are infiltrated can be devastating. Attacks on CNI risk become the norm if action is not taken,” he added.

A proactive, rather than reactive approach is needed, Vestberg warned.

“Using predictive analytics and tools like AI or ML, for example, we can see malware morphing and behaving in certain ways and catch it sooner,” he said.

“The DarkSide attack should serve as a warning; CNI systems are becoming more sophisticated and technical – especially as we enter the era of 5G which we will soon rely on. Going forward countries cannot afford to have any weak spots and must step up their cyber security solutions to support the technology used,” Vestberg went on to say.

David Bicknell, the principal analyst of thematic research at GlobalData, highlighted that this is not the first or the last ransomware cyberattack on the oil and gas utility, but said it is the most serious.

“It is also potentially one of the most successful cyberattacks against U.S. critical national infrastructure,” he said in a statement sent to Rigzone.

“Although cyberattacks have typically targeted corporate IT systems, the risk of those jumping across to operational technology systems has become much more prevalent,” he added.

“The security industry must find a way to help organizations, especially utilities, develop both defensive measures to prevent these attacks and the requisite best practice for responding to them,” Bicknell went on to say.