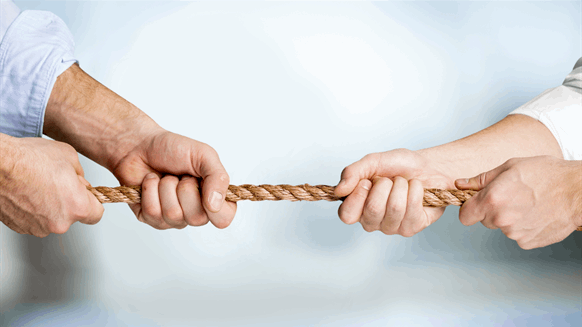 (Bloomberg) — Talks to extend OPEC+ production cuts hit an impasse on Thursday after Iraq said it will only be able to reach its output target at the end of July, defying an ultimatum from Saudi Arabia and Russia to stop cheating on the deal.

While Moscow and Riyadh have already agreed they should continue record supply cuts for an extra month — instead of easing them in July as previously planned — they will only do so if all other countries implement their pledged cuts in full.

Nigeria, Angola and Kazakhstan have given sufficient assurances that their compliance will improve, but Iraq has not, said people familiar with the matter. In a letter to fellow members, the Oil Ministry in Baghdad asked for more time and consideration of issues, such as Kurdish autonomy, that make it difficult to cut, the people said.

“Saudi Arabia is taking a zero tolerance approach to cheating, but it’s unclear how they can get Iraq to actually comply with the deal,” said Mohammad Darwazah from consultant Medley Global Advisors.

Several days of fruitless talks this week, in which old OPEC+ tensions have resurfaced, carry considerable risk for oil prices. If the cartel can’t agree to modify its current deal, millions of barrels a day of fresh supply could return next month to a market that is only tentatively recovering from the coronavirus lockdown.

The 23-nation partnership between the Organization of Petroleum Exporting Countries and other major producers has helped engineer a doubling in Brent prices since April. But if the Iraqis don’t shape up then Riyadh and Moscow are warning they will start to phase out the supply curbs that are putting a floor under the market.

The kingdom and the Kremlin are pushing the stragglers hard — not just demanding they implement the cuts already promised, but asking for deeper curbs in the coming months to compensate for their earlier failings.

Such penance would be difficult for Iraq to accept. It made less than half of its assigned cutbacks last month, so compensating fully would require it to slash production by a further 24% to about 3.28 million barrels a day, according to Bloomberg calculations.

For a country still rebuilding its economy following decades of war, sanctions and Islamist insurgency, that’s a tall order. Resisting the temptation of selling crude during the current market rebound, which has brought prices back to about $40 a barrel, may prove impossible.

While Iraqi Finance Minister and Acting Oil Minister Ali Allawi did pledge to improve compliance with pledged cuts in an unusual Twitter post on Tuesday, he didn’t go any further. The government risks a backlash from parliamentarians and rival political parties if it accedes to foreign pressure, and foregos oil sales while contending with a federal budget gap.

The letter from Iraq’s Oil Ministry didn’t address the issue of compensation, the people said.

The Organization of Petroleum Exporting Countries and its allies pledged in April to slash oil output by 9.7 million barrels a day, or roughly 10% of global oil supplies, to offset the unprecedented collapse in demand caused by coronavirus lockdowns.

A few weeks later, Saudi Arabia and its closest allies in the Persian Gulf promised additional supply restraint of 1.2 million barrels a day in June.